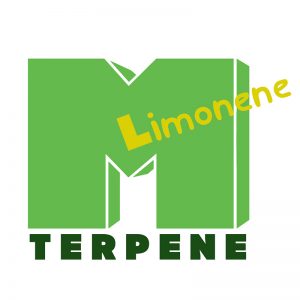 Terpenes are a large class of compounds that are created naturally by plants and even some insects which give off a distinct smell and flavor. These molecules can act as a natural defense for plants and can help ward off harmful parasites and bugs while helping the plant survive dangerous weather changes.

Terpenes are made of isoprene units that consist of five carbons with a head and tail. These units bond together to form various types of terpenes and the amount of units determine classification.  The way in which the hydrogen and functional groups configure themselves determine the terpene smell and taste that is produced.

The benefits of the terpenes in cannabis plants are being examined to determine the role they could play in health and wellness.  So far, over 100 different terpenes have been identified in cannabis plants. The potential effects of these olfactory stimulating molecules range from promoting relaxation to helping one with focus and mental clarity.

Limonene is a prominent terpene in many plants, including many strains of cannabis, and reminds the mind of the smell of fresh lemon peels.  Both indica and sativa strains of cannabis can express this citrusy terpene as part of the whole effect of all the terpenes they contain. Sativa strains are said to gain an exhilarating and energizing buzz from limonene; indica strains high in limonene counteract the potential for lower moods from the increased sedative terpenes like myrcene.

Limonene is currently being studied to determine its effect on brain functions as it may be helpful for those suffering from anxiety and other ailments.  The light, sweet, and fresh citrus scent of limonene is said to make one feel energetic and upbeat.  The inhalation of limonene vapor has been shown to increase serotonin and dopamine levels in areas of the brain that are associated with depression and anxiety, and yet it remains unclear exactly how the boost occurs.

Many common household products contain limonene as it has many uses. As a flavoring agent, limonene is commonly used in ice cream, baked goods and pudding. Another use for limonene is in household cleaning products and sprays due to its pleasant lemon-orange aroma and ability to act as a solvent. Since limonene is extracted from fruit skins it is considered a renewable product; these products are better for the environment than non-renewable products. 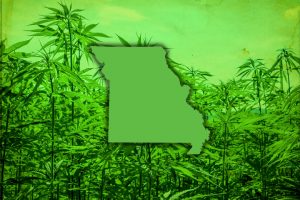 Do you know that Missouri has a history with farming hemp? With Congress the passing of the 2018 Farm Bill hemp is now able to be grown for extraction of CBD and for manufacturing of hemp products. Prior to its previous historical decline in use, hemp was once a big part of farming in some states including Missouri.

Let’s go back in history to the late 1820s; a time when the cotton industry began to boom.  Kentucky was the only state that was producing and manufacturing any large amounts of hemp at this point in time, and the US was importing most hemp from Russia.  With the sudden demand for cotton rising, the need for hemp also began to broaden. The ropes used in the bagging and shipping of raw cotton were made from hemp as it is up to four times as strong as cotton or wool. The natural strength of the fibers from this amazing plant can bare more weight and take more damage before becoming compromised, making it an easy choice for cotton merchants.

Fast forward to 1841: a tariff was currently in place for the importing of hemp from Russia, but this tariff did not satisfy the US hemp farmers.  So, in 1841, the US increased their tariffs on imported hemp to appease the farmers.  The higher tariff caused the need for more hemp to be grown in the US,

Missouri farmers benefited from this new hemp tariff as the weather in their state and soil conditions were great for growing the crop. The town of Lexington, MO, shipped a whopping 1470 tons of hemp in 1849, with smaller ancillary towns starting to rival this number as they got in on the hemp boom.  Along the Missouri river warehouses started popping up that dealt with the shipping and handling of the hemp due to the increase of production.  Hemp became such an interest that it became a selling point to farmers in Missouri, with some of them advertising the crop was thriving on their farms in their real estate listings with the local papers.

With the agricultural interest in hemp steadily rising, a group of merchants from St. Louis requested a law be established that would require the inspection of the crop.  The legislature designated with dealing with such requests returned with a report noting that the hemp from America was just as good as the hemp bring imported from outside the country but the way that was being bailed was causing problems. Hemp was often coming unbaled when farmers were doing the bailing on their own at their farms, and this caused the first factory for manufacturing of hemp products to open in St. Louis. With the Industrial Revolution in full swing, machinery was quickly introduced to bag cotton and subsequently for making hemp rope.

Presently the market for hemp is increasing once more and, with advances in technology since it’s previous decline, the uses for this wonderful plant are abundant and number in the literal thousands. The many uses of hemp vary from things like concrete (Hempcrete), clothing, nutritional food booster, and even skin care products.  The seeds of the hemp plant (often referred to as hemp hearts) are especially nutritious and are technically classified as being in the nut family.  The seeds are rich in omega-6 and omega-3 essential fatty acids, contain vitamin E, potassium, phosphorus and are a great source of protein as more than 25% of their calories come from high-quality protein.  Soon hemp items could be a normal part of every household and Missouri farmers could once again build up their farms and families with the help of hemp!